Haarlem, February 8, 2017 – Due to the continued increase in bookings on the German label HotelSpecials.de and the great potential in the German hotel market, HotelSpecials has decided to open a new office in Berlin.

For German holiday makers, the demand for a holiday at home is significant. Wider availability in Germany makes this option even more attractive. “Right now, 15% of our turnover is generated by the German label,” says CEO Remco Hofstede, “ and in 2016, the number of bookings on the Belgian label was overtaken by the German label.” Dutch holiday makers also frequently visit Germany, with city trips to Berlin, Hamburg and Cologne becoming increasingly popular. HotelSpecials hopes to partner with 700 new hotels in the German-speaking region over the next year. In 2016, the number of bookings in Germany increased by 50% and the same growth is expected for 2017.

HotelSpecials was founded in 2002 and is part of BookerZzz. The company consists of the following labels: HotelsSpecials.nl, HotelSpecials.be, HotelSpecials.de, HotelSpecials.at and HotelSpecials.se. The booking company works closely with many hotels in the Benelux, Germany, France, Austria and Scandinavia and the number  of partners is growing daily. The success of HotelSpecials lies in the name: every hotel stay includes something special, from a free dinner to a free night. 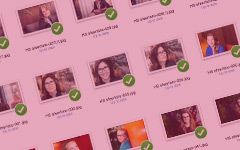